Finca Hartmann is a family enterprise, in the 3rd generation and located in Santa Clara, Renacimiento. It consists of 2 farms – Santa Clara Finca Hartmann and Ojo de Agua, located between 1.300 and 2.000 mts above sea level with nearly 100has of forest reserves bordering on the Parque Nacional de La Amistad. The coffee is grown under the shade of native rainforest trees that have been there for many years. The Hartmanns try not to cut trees, they replant native trees and plantains to maintain the natural cycle and a healthy soil and fauna. 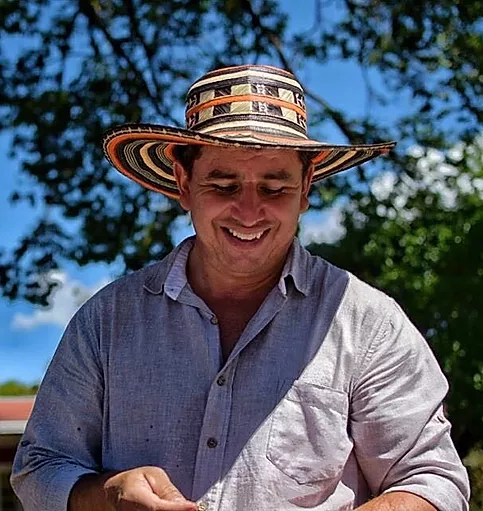 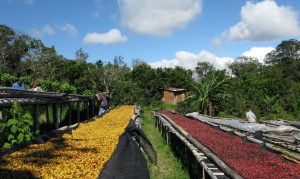 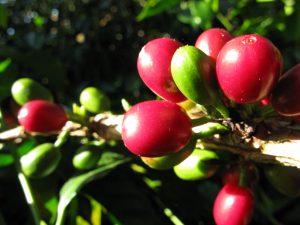 The finca, also called Finca Nuguo, is situated between 1.750 and 1.950 mts in the area of Jurutungo, Renacimiento, in the province of Chiriqui, nestled between a natural rainforest reserve on the one side and the border of Costa Rica on the other side. The location and environment of the finca is a very challenging one, with cold temperatures at night, lots of wind and rainfall. And even so, this very visionary, passionate and engaged person, Jose, managed to produce some incredible cups of coffee. Or, if we quote Jose, it is because of those rough conditions that the coffee production results in low productivity but an intense flavour. He says that the cold wind and rain that come from the Atlantic through the mountains dividing Panama play an important role in the taste of the coffee from Nuguo.

For the coffee farm he bought 500has from the Panamanian government and gave 100has of this land with virgin forest to one of his sons, Ratibor Hartmann, who was working with the US army in Panama City and turned that land into the Finca Hartmann coffee farm. In 1966 Ratibor married Dinorah Sandí from Costa Rica. Together they raised 5 children, Ratibor Jr, Allan, Alexander, Aliss and Kelly.

Today Finca Hartmann is a family enterprise – each member of the family is passionately involved in the management and performs a different function in the growth, production and tourism of the farm. Coffee for them is a way of living, their culture, their family – a lot of work, but also a lot of love. Their employees come return every year, as do their buyers, because they like their vision: work together with nature, work the land without destroying it.

“From the beginning, since my parents started with this farm, they have worked the land with a lot of love and respect. We are following in their footsteps, we love this farm, we love what we do, despite the difficulties one might face in the market, and we intend to pass this passion on to our children.” Aliss Hartmann

“My father always linked the coffee production to the conservation of the environment.” Ratibor Hartmann